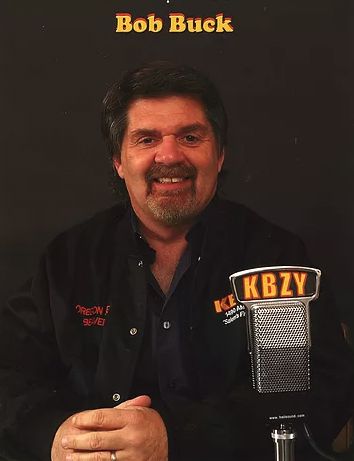 The Alarm rings early at 3:50am for the start of the ‘Morning Team’ show at 5! It’s not the first early bird shift I’ve done, but it is my favorite!

KBZY  is my dream station, so don’t wake me up! Here is a quick shout out to souls  from the KBZY family tree, who gave me the ultimate support–Roy Dittman and Bill Isabell.

Although like they say… if you remember the 60’s, you really weren’t there. 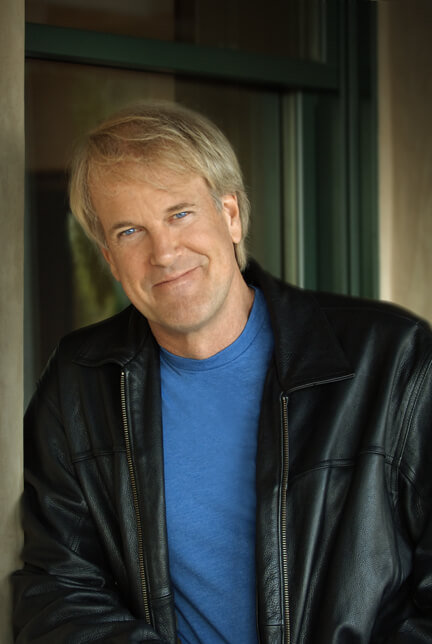 Bio:
​​With an impressive career that spans more than 30 years, John Tesh is known worldwide as a leading and respected figure in the entertainment and broadcasting industries. After 10 years as co-host of “Entertainment Tonight,” he surprised many by leaving the highly visible position to pursue his career as a fulltime musician. For generations music and media have gone hand in hand and Tesh has conquered both brilliantly through numerous media, music and creative formats, as one of the most successful syndicated radio show hosts in the country with Intelligence For Your Life Radio: With Your Host John Tesh, his new musical endeavor, ALIVE music & dance and even a new book.

The six-time Emmy winning radio and television host and Grammy nominated musician offers up his ‘on-the-air’ brand of life-coaching with new DVD & CD projects and his second book, Intelligence for Your Life: Powerful Lessons for Personal Growth.

In his book, Intelligence for Your Life (Thomas Nelson, Inc.), Tesh uplifts and inspires readers to find the deepest desires of their hearts, create a plan for pursuing their dreams, overcome crippling fears and inspire those around them.

But Intelligence for Your Life is more than a guide to informed living; it is also a memoir. Tesh shares his own story here, revealing the passions that have driven him and given shape to his extraordinary professional and personal life, and how he’s implemented the tools that he talks about on The John Tesh Radio Show every day.“I like to call it ‘purpose-driven radio,” says Tesh of his award- winning daily and weekly show that is heard on over 300 stations nationwide by more than 8 million people. Listeners tune into the syndicated show each week to hear him warmly impart in-depth “intelligence for your life” – tips on how to earn your boss’s trust, fight jet lag, get out of debt, find your life’s calling or even discover the power of prayer.”Planting seeds and encouraging people with the program and my music is a method with which I am truly comfortable,” says Tesh. “‘Music and Intelligence For Your Life’ is a safe haven for family listening. Children, men and women of all ages can gain something from the show.”With his staff of 15 full-time researchers, Tesh has uncovered a wealth of practical information and life-changing choices throughout the years. He now combines that knowledge with some incredible personal experiences for this first book in what promises to be a successful ongoing series. 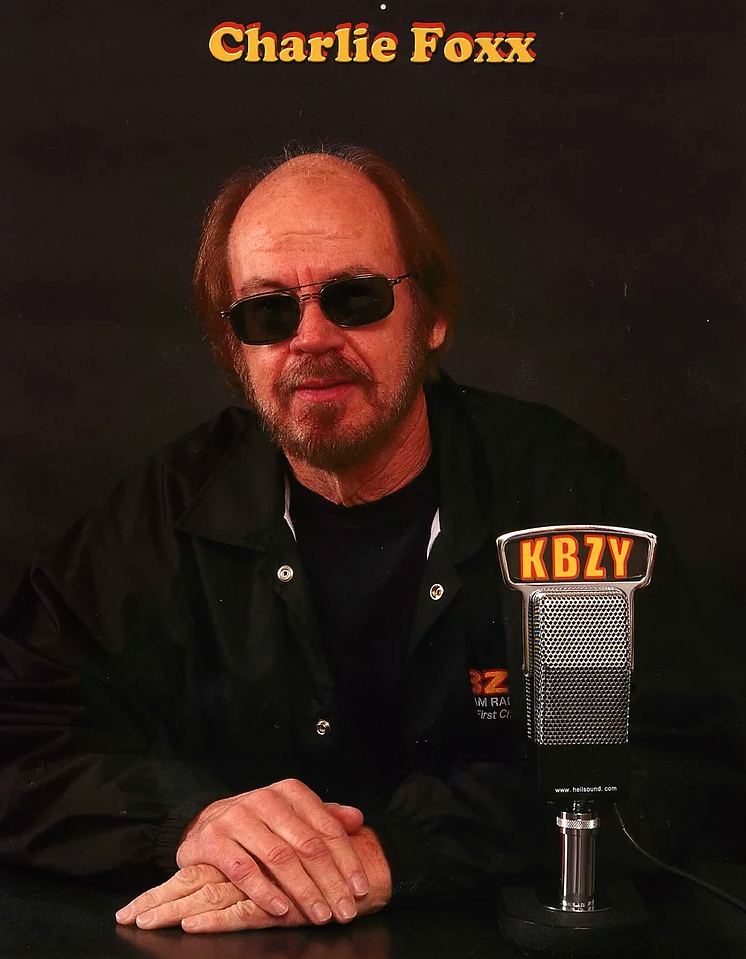 Hi! and welcome to afternoons on KBZY. I’ve worked at numerous radio stations in Portland, Eugene, and the Mid-Valley. I’ve enjoyed many years with Salem listeners at different stations and I am proud to be a part of the AM-1490 ‘On-air’ line-up!

What do I like to do?
Take a hike in mother nature… listen to a great oldie.. a movie (when it’s good).. follow the New York Yankees and watch my cat (“Charlie Chan – Pet Detective”) make a fool of himself (Like owner.. like pet!).

I was a single dad raising my son from the age of 3 ’til college. He lives in Arizona now and I have a grandson born in May of ’07.

I’m an animal lover and wish I could find a great family for every single one. I help take care of and train horses too. 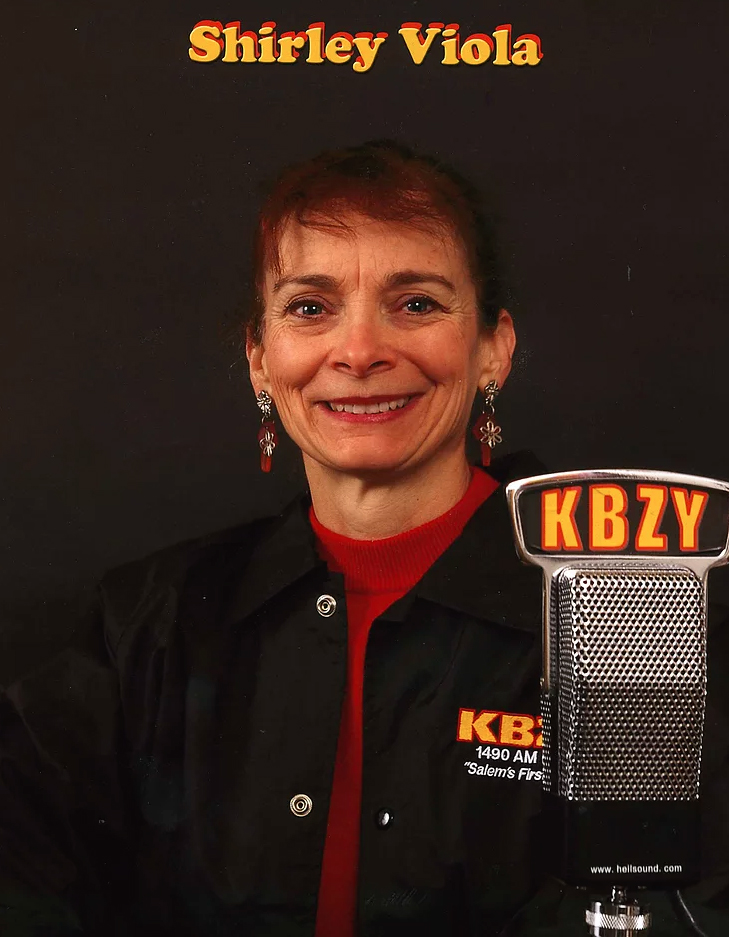 I grew up in the San Fernando Valley in sunny Southern California. I was an original “Valley Girl”. As far as being an entertainer (besides sometimes being the class clown), in Junior High School I competed in Southern California Drama Fall and Shakespeare Festivals, where, in my first competition at the age of 13, I won first place in the Pantomime competition. I participated in school plays, one of which was playing the role as Helen Keller in the Miracle Worker; which is such a coincidence because for fourteen years I worked for a small company doing Braille transcription for visually impaired people. My drama coach, Robert Carrelli, was also my homeroom teacher for three years and I have always considered him my mentor for emoting.

Longing for a “greener” life, in 1974 I moved with my dog and horses to Oregon, and left my acting career behind – and the years passed. And then one evening in 2008, while perusing the Chemeketa night class schedule, I happened upon a two-inch-square ad entitled, “Voice Overs, Getting On The Air”. What’s a voiceover? I attended the class, and as the saying goes, the rest is history.

I can fix washing machines, clocks, ’59 Ramblers, lawnmowers, police scanners; I can plumb a sink, tile a bathroom, install a drip watering system – I believe I can fix or do just about anything; and I’ve never particularly liked to cook. But, I love to eat good food!

I am now “retired”, though continue to be active in metalsmithing and am fortunate to sell my wares on goimagine.com ~ the world’s first online handmade marketplace which donates 100% profits to children’s charities. My goimagine shop name is WildGatherings.com. Stop by and say, “Hi!” 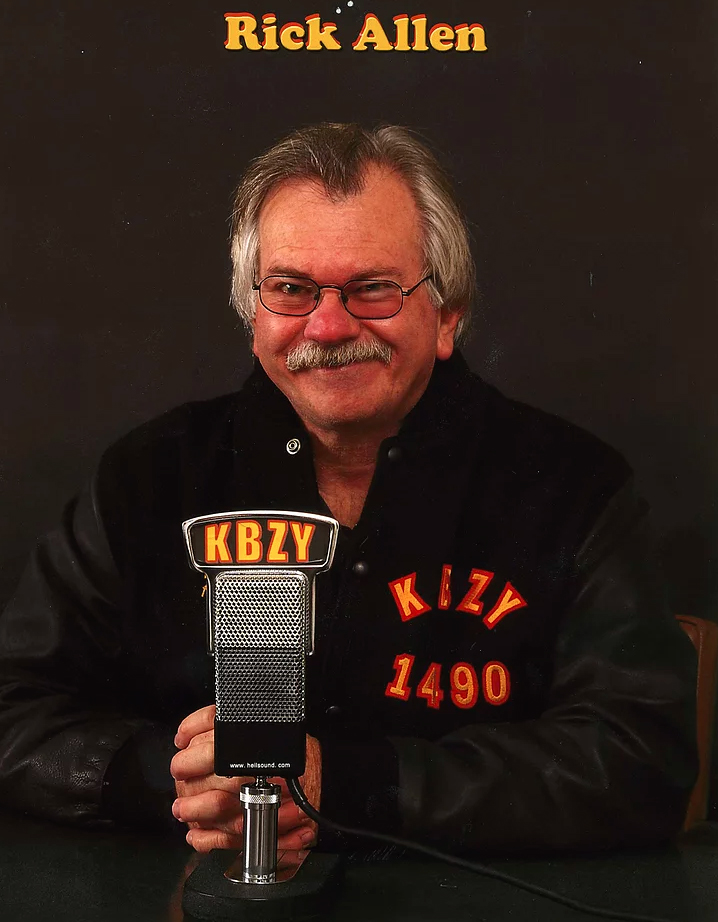 With inspiration from KFWB and KRLA, I knew early on I wanted to be on the radio.  With determination, motivation, and a slight bit of instruction I got to do radio.  As a semi-retired guy now looking back, since 1978 I have done almost every facet of radio, I am even in WIKIPEDIA as the chief engineers assistant here at KBZY…I guess it is because I know how to change a light bulb. I have a Sunday afternoon visit, but outside of that I live to let Gary and Bob take vacations…I am a utility person.  My kids are grown, my wife is retired, and we love to plan travel and then we do travel, in our camping trailer or with frequent flier miles to lands far away…All my socks are from England, my vests from Ireland, my slippers and shirts are from Hawaii…

I wish to thank all those who helped me continue my radio career – it has been a grand ride…and it continues into the next decade. My biggest supporter would naturally be my bride of 47+ years. But then of course, there are the listeners that have listened to and responded to my on air presentations…thanks for listening, I do radio because:

“Love is the reason”

Background: When you find something you’re passionate about, it doesn’t feel like work. With that sentiment in mind, it was a natural fit for me to become a sportswriter.

Through the years I’ve had the opportunity to cover Rose Bowls, college football national championship games, NCAA basketball tournaments and major golf championships. I was in Omaha when the Oregon State baseball team won back-to-back national titles. I continue to write for the Associated Press, and maintain ties to college football as a Heisman Trophy voter.

While I’ve always enjoyed writing about sports and spent 20 years being part of the local sports landscape at the Statesman Journal, talking sports on the radio is another avenue that opened up to me in 2019 as a member of the KBZY morning team. Walking into the KBZY studios is like experiencing the Rock ‘n Roll Hall of Fame on a daily basis.

Thanks to our loyal listeners for letting me be part of your day. 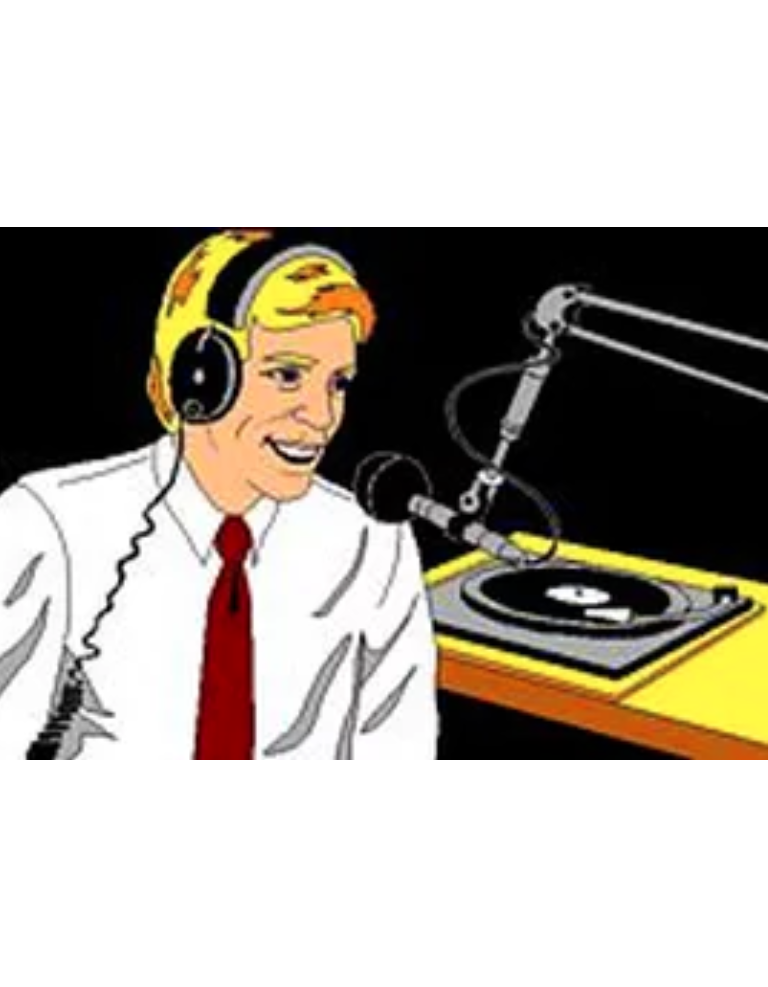 I’ve been here at KBZY for the last nine years.  I’m the lead board operator for the many sports games we cover here at 1490 KBZY.

It’s been the best job I’ve ever had in my life as I literally get paid to listen to the OSU Beavers play football, basketball, and baseball!

My wife Karen (20 years and counting) and I are both longtime Salem residents and are active in singing at our local church.

We’re also big movie fans, and love to sit back on our couch and watch a good old movie together. 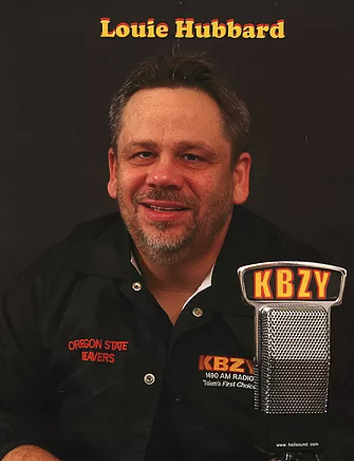 Louie has been an Account Executive at KBZY for over twenty years.

A Native Oregonian, Louie went to school in Sheridan. During the summer in the mid-sixties, Louie would keep his little white transistor radio tuned to KBZY, not knowing that he would be working for KBZY years later.

Louie is also a musician. He loves playing the guitar and has written music for over thirty-five years.

Louie is a big sports fan who loves both the Beavers and Ducks.

If you have a business in the Willamette Valley and would like to know his thoughts on how you could increase business, please give Louie a call at 503-362-1490.

Please drop me a line at
hubbardl@kbzy.com. 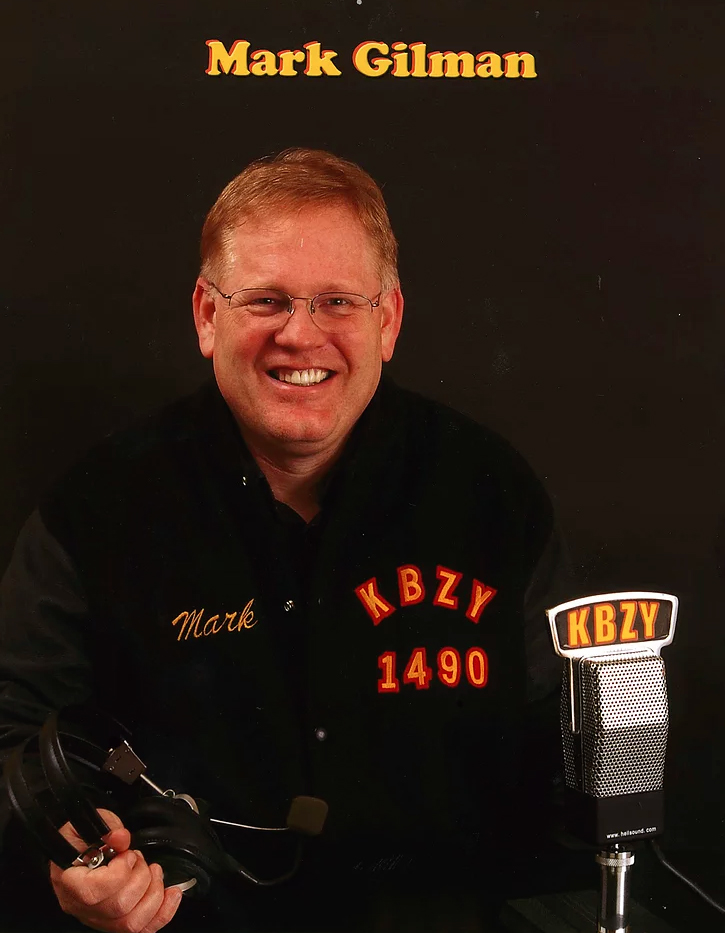 Favorite Colors:
Red, Orange (but not together)

Mark is a graduate of of Sprague High School in Salem and has his undergraduate as well as M.A.T. from Western Oregon State College. Mark’s full time job is as a teacher at North Salem High School, where he has been since 1998.

Mark’s Personal Quote:
“A good radio sportscaster paints a vivid picture in the minds of listeners. I quess that makes my tonque one large paint brush.”